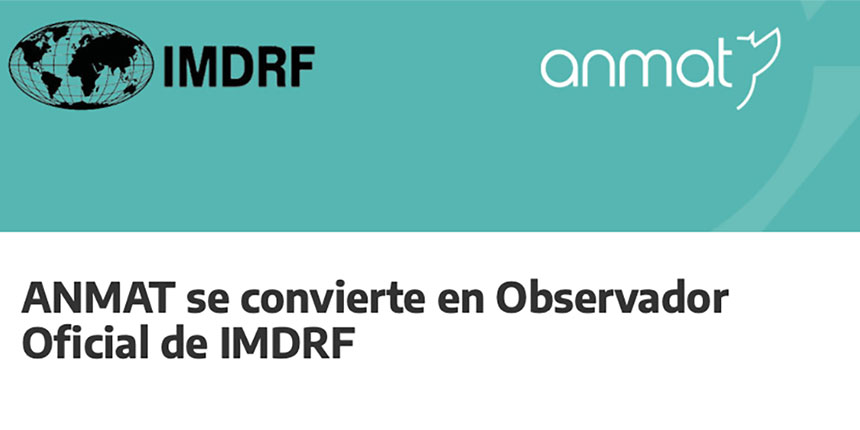 It is the first health authority in the region to acquire this membership in the International Forum of Medical Device Regulators.

On August 24, ANMAT became an Official Observer of the International Forum of Medical Device Regulators (IMDRF) after years of participation in its Working Groups.

The IMDRF is one of the most relevant international spaces in medical devices that aims to achieve regulatory convergence in member countries.

By unanimous decision of the Steering Committee, ANMAT became an Official Observer, sharing status with the WHO and the UK Medicines and Health Products Regulatory Agency (MHRA).

This recognition is based on the contribution and value that ANMAT contributed to the Forum in recent years and that the Argentine medical device regulations comply with the standards of the guidelines developed.

This new recognition reinforces the positioning of the National Administration as a high surveillance health authority, taking as a reference the relevance that the acquisition of safe, effective and quality medical devices have had in the health systems during the context of a health emergency.